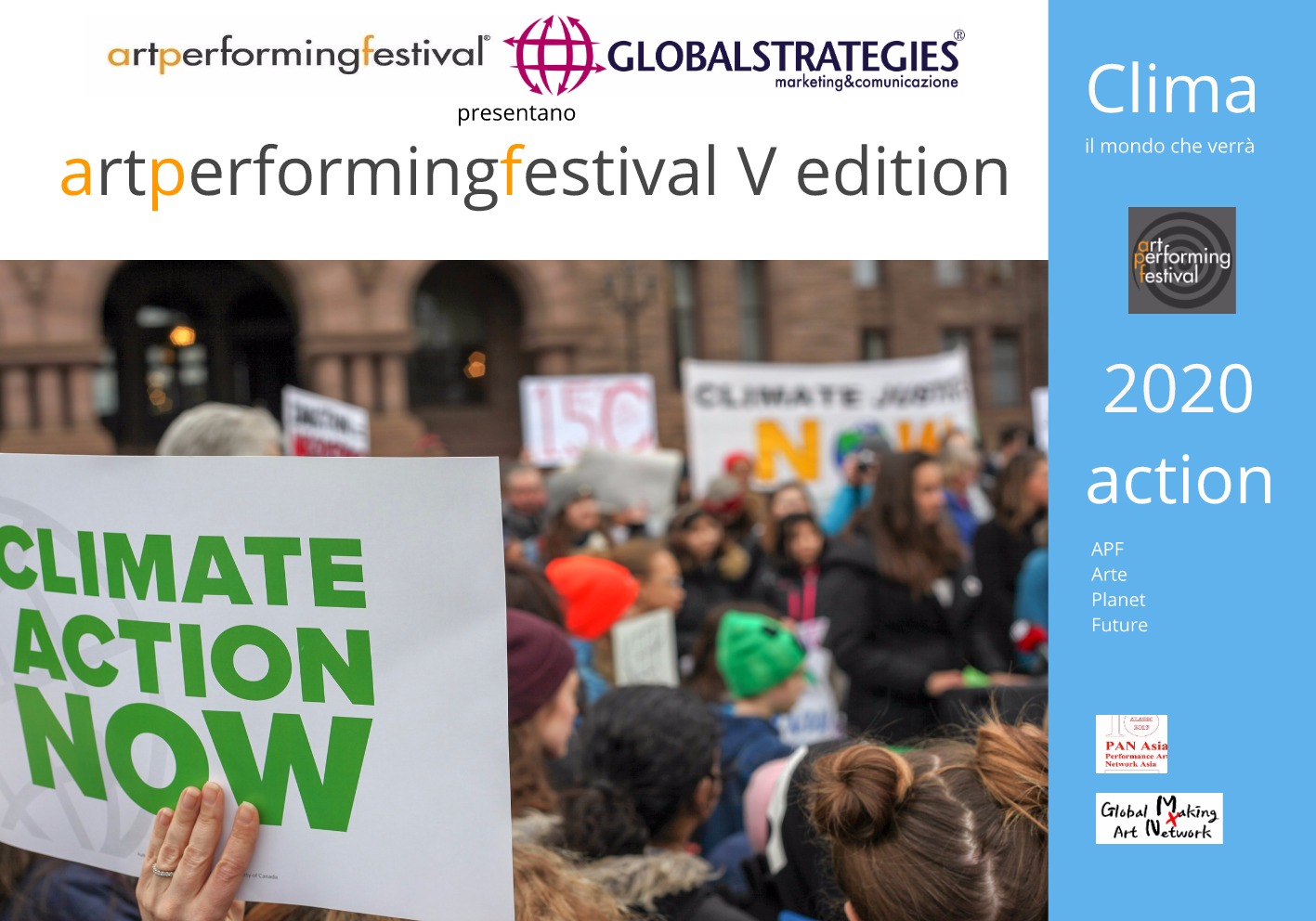 Climate – CLIMATE – the world to come

2020 Naples and other locations

Contains the problems linked to the various conditions of today’s society, starting from the problem of climate change.

Climate change represents and will represent one of the most significant challenges on a global scale in the future. The results of the last evaluation report of the IPCC AR5-WGIII (IPCC 2014a) show that southern Europe and the Mediterranean area in the coming decades will face the most significant impacts of climate change and will be among the most vulnerable areas of the planet . The rise in temperatures, the increase in the frequency of extreme events (droughts, heat waves, intense rainfall) and the reduction in annual precipitation are the most significant impact indicators for southern Europe. Furthermore, climate change could amplify the differences between regions and between nations in terms of the quality of natural resources, ecosystems, health and socio-economic conditions. (source: * introduction from: Technical-scientific support for the Ministry of the Environment and the Protection of the Territory and the Sea (MATTM) for the purposes of the elaboration of the National Plan of Adaptation to Climate Change (PNACC) National Plan of Adaptation to Changes ClimaticiPNACC First draft for public consultation July 2017)

Europe is characterized by a rather negative social climate. Most Europeans are pessimistic about the current socio-economic situation and future prospects of their country, while a percentage of individuals between 60% and 80% see a deterioration in the employment situation, the economy, cost of living, access to housing and energy over the last five years (2006-2011). (* source: http://www.neodemos.info/articoli/clima-sociale-soddisfazione-di-vita-e-fecondit/)

…. Already in the past the connection between climate and conflict was hypothesized: in 2012 Climate Progress published a research by Francesco Femia and Caitlin Werrell, from the Center for Climate and Safety on the social effects of climate change. Prolonged drought is not the direct cause of conflicts, but has triggered the collapse of agriculture with the exodus of peasant populations that have poured into Western cities. To these were added thousands of refugees escaped from Iraq. People without livelihoods that caused the unrest which led to the revolt that led to the birth of the Caliphate.

This is the “fertile crescent”, the area where, thanks to the combination of various favorable climatic and environmental elements, agriculture was born about twelve thousand years ago. A land always poised between desert and marshes. A time rich in water for the two great rivers that cross it, the Tigris and the Euphrates, today it is at risk for the decrease of the water supply. The progressive decrease in rainfall has generally affected the whole Mediterranean area, and in particular the Asian region from Jordan to Syria and Turkey, irreparably damaging the crops. But it was not only global warming that changed the landscape of the region. The decisions of governments on water management also had a decisive influence. with the construction of dams and excessive exploitation for irrigation.

Syria, once an exporter of wheat, has seen its production drop and, since 2008, has had to import cereals to feed the overcrowded cities. While in Iraq the vast swamps of the Village_of_the_Marsh_Arabsdelta have largely left place in the desert, destroyed by Saddam Hussein. The “rais”, to flush out its opponents who hid among the marshes, had a 560 km long drainage canal built to direct the waters of the Tigris and Euphrates into the sea.

The marshes where the first urban civilization developed

Iraq has requested to include the Tigers and Euphrates marshes in the list of UNESCO World Heritage Sites, the place where the ancient peoples identified the “earthly paradise”. An environment rich in biodiversity and at the same time a place of great historical importance for the archaeological areas that have brought to light the urban centers of the III millennium BC (Archeology Viva). The marshes of Lower Mesopotamia until the middle of the last century constituted the most important marshy ecosystem of all Eurasia, a region of over nine thousand square kilometers rich in life, with countless species of water birds, resident and migratory, and many Copia_de_Enkialtre species of animals, including water buffaloes, a symbol of these marshes from the times of the Sumerians who considered him the father of the god Enki (in the picture a Sumerian bas-relief depicting him), lord of the marshes. Just the presence of water and buffaloes contributed during the Neolithic period to the development of rural civilization in the “Fertile Crescent” and to the birth of cities, built with the most typical elements of the marshes: clay and canes. The earliest Sumerian centers have emerged at the edge of the marshes: Ur, Uruq and Eridu. The southernmost city, Eridu, was probably on the coast of the Persian Gulf, at that time most backward. The first settlements brought to light date back to seven thousand years ago and the city competes with Çatalhöyük (Turkey) for being the oldest urban center in the world. Today the government is working to bring this precious habitat back to life which, after the construction of the canal, was reduced to about two thousand square kilometers. The first interventions have already almost doubled the surface, but the decline in the water brought by the two rivers makes it difficult to bring the region back to the conditions of a century ago. (source: http://blog.zonageografia.deascuola.it/articoli/lo-stretto-legame-tra-clima-ambiente-e-societa)

The Festival in its previous editions

For four years the festival has been committed to highlighting the environmental problem of the planet, both with the performative exhibition and with the exhibitions organized both in Naples and in other regions. The second edition had already made the point, with the title “MATRIART”, where the focal point was identified by the curator and the organization, on the Mediterranean environmental problem and on the migrants. All editions carried out from 2016 to today, took place in Naples, Galatina, Forte Marghera and Benevento.

Since the first edition, they have encouraged the meeting of cultures with “East and West Crossroad” in 2016, in Castel dell’Ovo, with the participation of artists from South Korea and Europe in locations throughout the city.

In the 2017 edition, as already mentioned, “MATRIART” in Castel dell’Ovo and various structures, such as Palazzo Real Monte Manso di Scala, Hippodrome of Agnano, Brau Biblioteca Federico II, piazza Bellini, via Toledo and the whole Chiaia area , Palazzo Caracciolo, The Underground Naples and the Pan with the I Review of video Art.

In 2018 the Festival arrived in Salento with the patronage of the Puglia Region, with exhibitions in Galatina and a performance review at the Macma Museum in Matino (Le), and in towns such as Minervino di Puglia and Villa Baldassarri. In addition to the opening stage in Naples in the Underground Naples and the Agnano Racetrack.

2019 has sanctioned the curatorial choice to bring the Festival to other regions and cities, as well as to Naples to the Pan from 20 July to 14 August, with the theme “Native Digital Generation” – The World to Come. Exhibitions in Forte Marghera, Galatina and Naples, performances in Benevento (FAI Spring Days at Palazzo De Cillis, in collaboration with Giuliana Ippolito in March).

Climate – CLIMATE – the world to come

The art to move the dormant consciences of the community, by now bent on subsistence problems, to the few opportunities of a free thought, to be protagonists of a necessary change, for the future of humanity. The environment in which we live is corrupted by the interests of a few, but we, the many, are slaves of myopias which, for over forty years now, have placed the interest of the great hegemonic states on productivity and not on sustainability; from the 2000 Banca Italia report “Sorella Natura – National Nature Day” …. “In the report Our Common Future, drawn up in 1987 by the Brundtland Commission, the UN defined sustainable development as” … which meets the needs of the present without compromising the ability of future generations to meet their needs. The report went on to affirm the need to give absolute priority to the essential needs of the poor part of the world and observing that the state of technology and social organization may be inconsistent with the environment’s capacity to absorb the effects of human activity. No ecosystem can be preserved intact, but the ecological basis for development must be preserved. “

The curator intends to continue on the path that already in the previous edition, he had seen the choices, directed towards experimentation, above all with multisensory and inclusive installations, following the direction of the art performances that precisely in the inclusiveness, in the spontaneous collaboration, and in active participation in social and human problems.

Art and science, creativity and research are the bisectors on which the curator for the 2020 choices will be based, an edition entirely dedicated to environmental and sustainability issues, for the part relating to the visual arts. The review of the performances lasting 15 days to be held in various locations, combining the history, the monuments of historic Naples and the places of nature where man has respected the relationship of respect with it.

The festival will present artistic and scientific workshops with collaborations and partnerships. 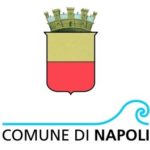 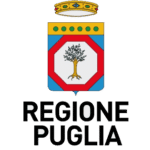 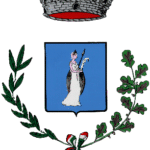